Air Niugini has direct flights to Port Moresby from Brisbane and Cairns.  There is a direct flight from Sydney to Port Moresby on Monday only.  Trekkers can book directly with Adventure Kokoda or make their own arrangements.  Trekkers arranging connecting flights should plan on arriving at least three hours before the scheduled departure time - otherwise they might make the connection but their baggage won't.

Your journey begins on arrival at Jackson’s Airfield in Port Moresby – capital city of ‘the land of the unexpected’. 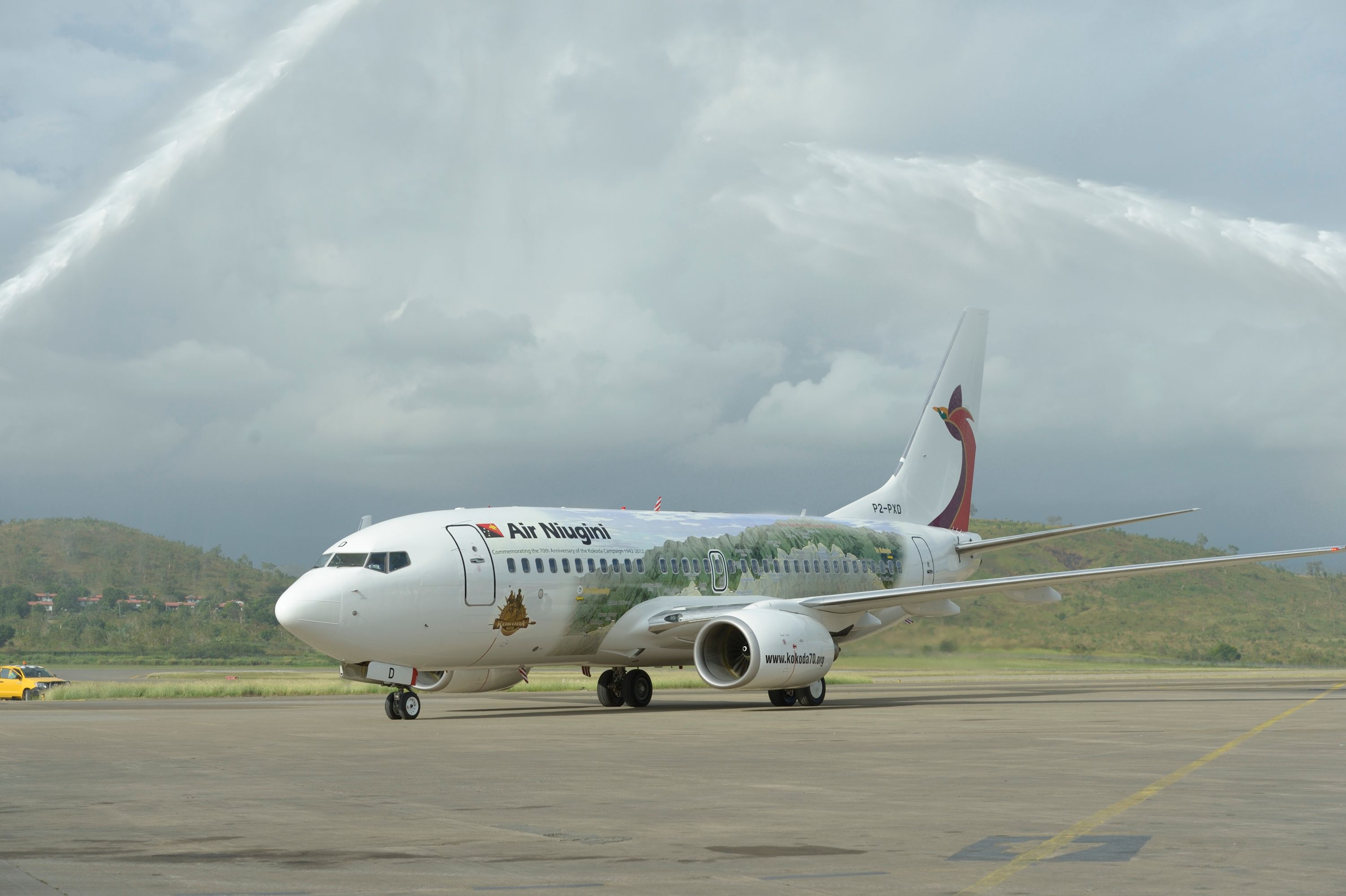 Formerly known as 7-mile strip, Jackson’s airfield commemorates Squadron Leader John Jackson DFC, Commanding Officer of 75 Squadron, who was killed when Japanese fighters shot him down over Mount Lawes, to the north of the airstrip in April 1942. Today, Jackson’s Aerodrome is Port Moresby’s international airport. 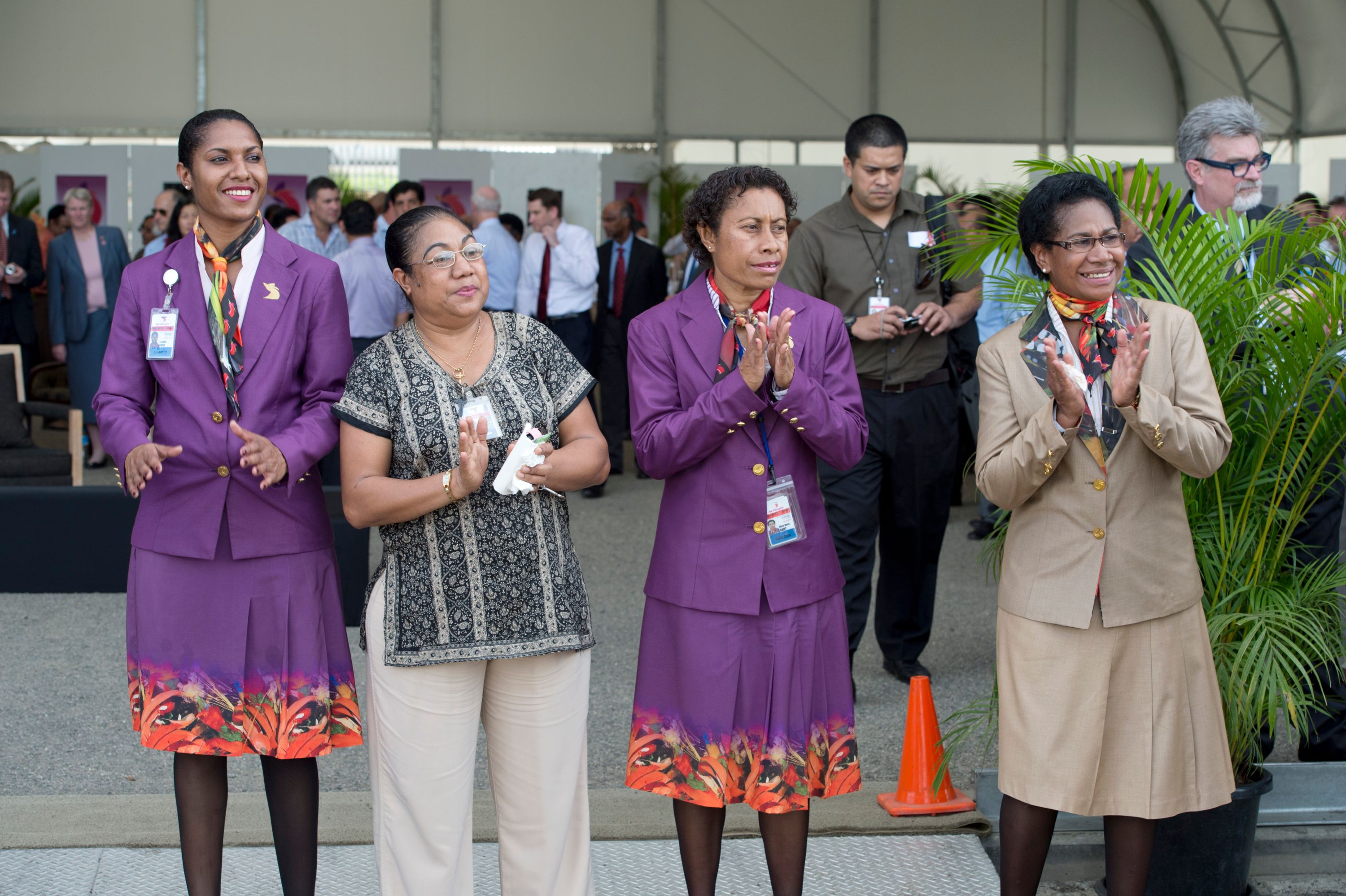 On arrival at the airport you are met by our Adventure Kokoda staff.  They will co-ordinate your movement to your hotel by bus. 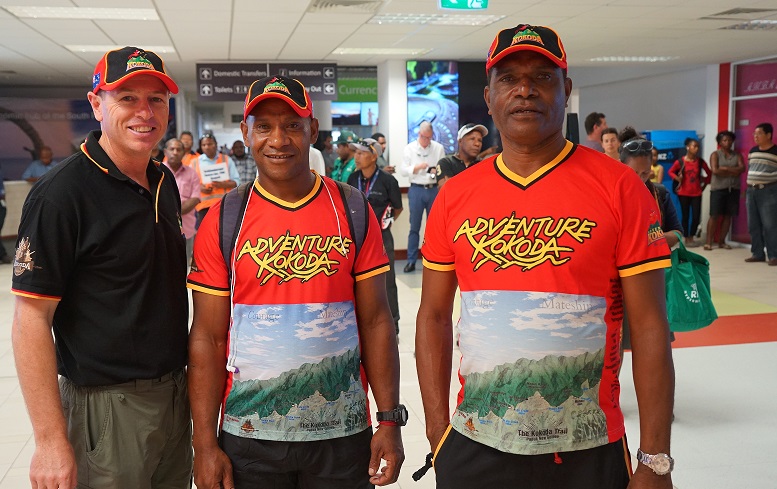 After check-in at the hotel you will get a chance to meet your fellow trekkers at a briefing session which will cover our system of operation on the trail; administrative and logistic arrangements; hints on packing your gear; medical and malarial precautions; village customs and protocols, security of your gear at the lodge while you are on the trail; and our daily routine during your trek.

During dinner everybody gets a chance to introduce themselves and have a yarn together. 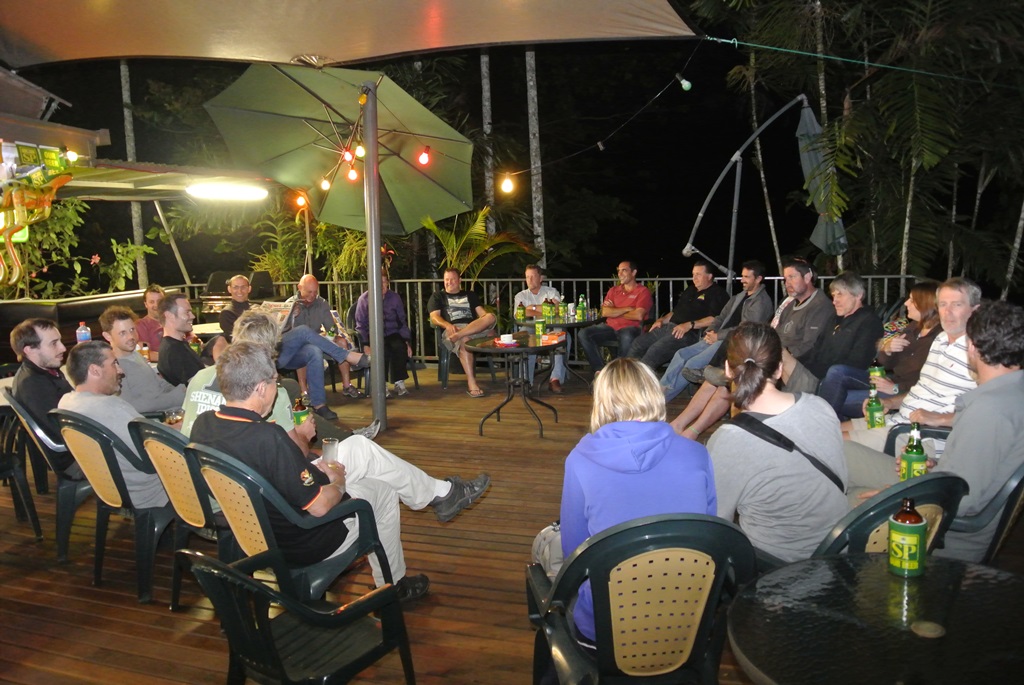 After dinner we have a briefing on some interesting aspects of PNG – our closest neighbour, former mandated territory, wartime ally and fellow Commonwealth member. We then provide an overview of our strategic situation in 1942 and the events that led to our militia troops being dispatched to New Guinea.

Over the years Papua New Guinea has been referred to as the Land of the Unexpected with a Parliament of a Thousand Tribes. Some regard it as the Last Unknown. It is the second largest island in the world after Greenland.

In the 1800s the western half was annexed by the Netherlands; the north-eastern part by Germany and the south-eastern part by England. Today the former Netherlands area is known as West Papua and is now part of Indonesia. After World War 1 the League of Nations allocated the German area (New Guinea) and Papua to Australia as a mandated territory. Unlike the Northern Territory and the Australian Capital Territory our new territorians, Papua New Guineans, required a passport to cross our borders.

Today its population of 7.5 million shares 820 languages which equates to a quarter of those in the world. English, Pidgin and Motu are the most common throughout the country.

It is a land of contrasts where ancient cultures struggle to understand the meaning of a hitherto unknown world presented to them in a remote village via a solar powered satellite dish. A land where arse-grass and penis gourds mix with Hugo Boss suits and Rolex watches. Where some men mined the hearts of volcanoes for gold while others worship the spirit of ancestral crocodiles. It is a place where ferociously decorated warriors battle over women, land and pigs, with bows and arrows and home-made shotguns. Where Asian loggers plunder ancient forests alongside Christian missionaries harvesting souls and where Australian Government bureaucrats try to imbue their antipodean canons upon a culture where blood and bribes are thicker than holy water.

"It is a place where ferociously decorated warriors battle over women, land and pigs, with bows and arrows and home-made shotguns".

We will enjoy the experience of two of these 850 cultures of Papua New Guinea during our pilgrimage – the Koiari and the Orokaiva.

‘The Koiari were a fine people, very dark skinned with a peculiar hair-do – a bun worn squarely on top of the head. Physically they were robust and more free from skin diseases than any other Papuan natives I had seen. Despite close proximity to Moresby, they had resisted the ‘civilising’ influence and until a few years ago the coast villagers lived in terror of their raids. The tribe showed surprisingly little resentment of the sudden and bewildering invasion of their domain by a white army. The men, accepting the patrol officer’s explanation that the Japanese were bad people who would loot their gardens and steal their women, were serving willingly on the carrier lines. The women were employed weaving palm thatch for troop shelters.’ 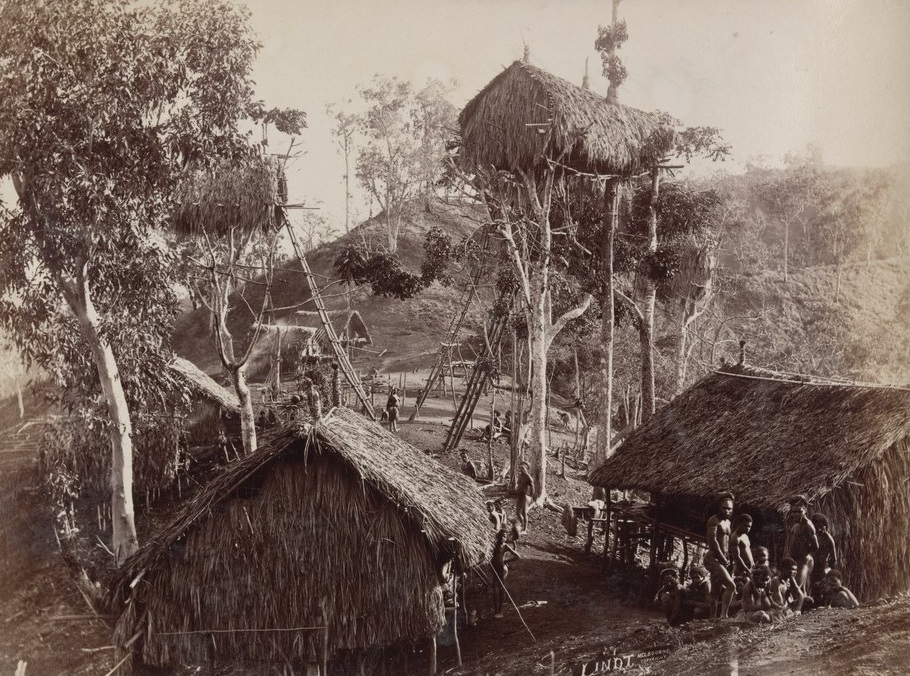 The Owen Stanley Range is the south-eastern part of the central mountain-chain in Papua New Guinea. It was seen in 1849 by Captain Owen Stanley while surveying the south coast of Papua and is named after him. Strictly, the eastern extremity of the range is Mount Victoria 4,038 metres which was climbed by Sir William Macgregor in 1888.

The range is flanked by broken and difficult country, particularly on the south-western side. There are few practicable passes, one of which is the Kokoda Trail which crosses the range between Port Moresby and Buna and was in use for more than 50 years as a regular overland mail-route.

‘Before the war, the Kokoda Trail was considered to be passable only to natives, or officers of the Administration and ‘old hands’ accustomed to this primitive country, who were unencumbered on the march. The first Europeans known to cross over the Owen Stanleys were Sir William McGregor, a Governor of Queensland, and Albert Charles English, who made the crossing from Ioma over the range in the vicinity of Mt Victoria and Port Moresby.

‘It is probably centuries old – a main highway over the range – and in the usual manner of native pads, follows no established principles. It climbs the highest ridges, plunges down into the deepest ravines, and ascends the longest spurs. Between Uberi and the crest of the range, the track climbs more than 20,000 feet, although it has an altitude of 7,000 feet at its highest point. For every one thousand feet of altitude gained, the track drops six hundred feet to the foot of the next ascent.’[i]

Much to think about as you bunk down for the night at the hotel.